IAEA: there is no immediate threat to nuclear safety at the Zaporozhye NPP There is no immediate danger at the Zaporizhzhya NPP due to shelling, but the situation could change at any moment, Grossi warned. He called for a cessation of hostilities and the admission of the IAEA mission to the nuclear facility /webp” media=”(max-width: 320px) and (-webkit-min-device-pixel-ratio: 2), (max-width: 320px) and (min-resolution: 192dpi)” > 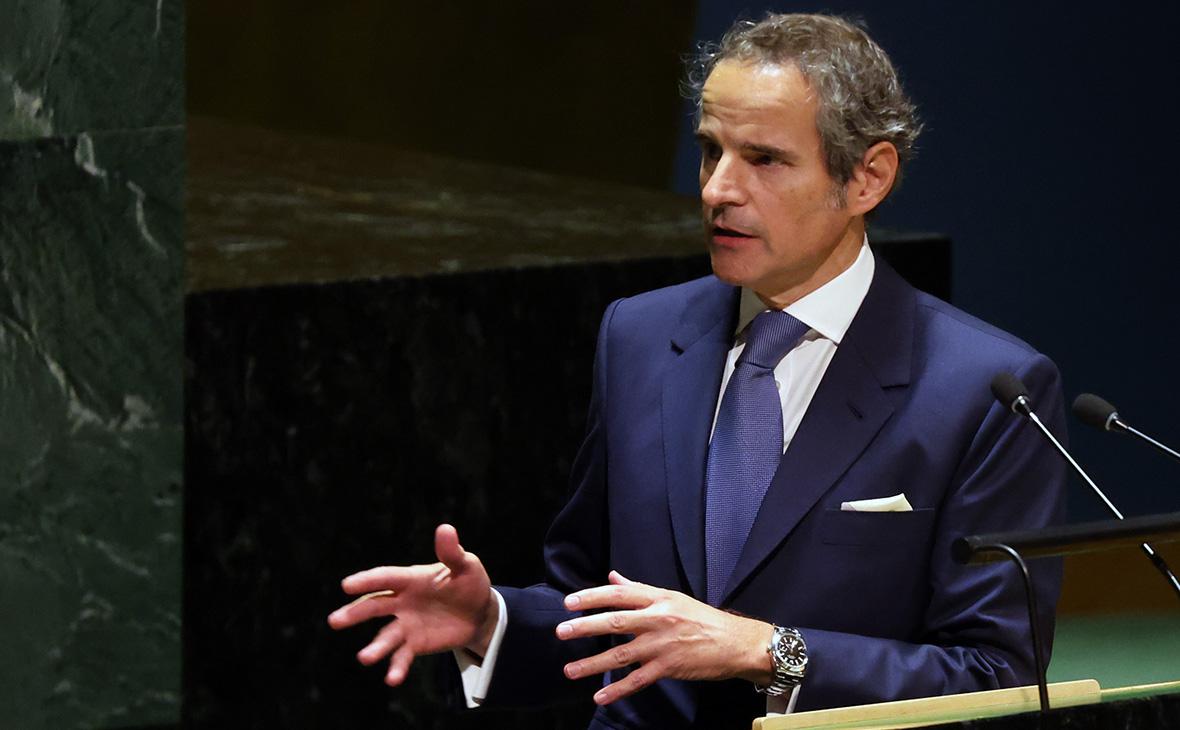 Director General of the International Atomic Energy Agency (IAEA) Rafael Grossi, speaking at a meeting of the UN Security Council on the situation at the Zaporozhye nuclear power plant, said that now there is no immediate threat to nuclear safety due to hostilities.

“Based on the most recent information provided by Ukraine, IAEA experts have tentatively concluded that there is no immediate threat to nuclear security as a result of shelling or other recent hostilities,” he said, warning that the situation could change at any moment.

Grossi urged Russia and Ukraine to cooperate with the organization and stated the need to allow the IAEA mission to the Zaporozhye nuclear power plant as soon as possible, which will ensure the safety of the plant.

According to the head of the IAEA, the organization received information about the state of the nuclear power plant from both the Ukrainian and Russian sides, but stressed that the physical presence of the organization's experts at a large nuclear facility is necessary so that they can assess the situation. Grossi said he was ready to lead the mission.

“I remain very concerned about the situation at the Zaporizhia NPP and reiterate that any military action that jeopardizes nuclear safety must be stopped immediately,” — stressed the head of the IAEA, pointing out that they can lead to serious consequences.

Chinese Permanent Representative to the UN Zhang Jun told reporters before the meeting that the visit of the IAEA mission to the station will provide more information about what is happening. He stressed that Beijing is in favor of a speedy resolution of the crisis and that “the parties concerned sit down at the negotiating table and find a solution.”

Read on RBC Pro Pro A third of Russians receive either black or gray wages. What they risk Articles Pro “I left the boss humiliated”: how to deal with toxicity at work Articles Pro You have 8 seconds. How to present and sell an idea Summary Pro How Pakistan was on the verge of default and which countries will be next Articles Pro Bypassing sanctions: how to reliably transfer money abroad or to Russia Articles Pro x The Economist Bezos and Dorsey invest in African startups. What they hope for Articles Pro How to convince anyone: psychological tricks – Fast Company Articles Pro From 2009 to 2022: how offices in Moscow were tempered in crises Forecasts

Zaporozhye NPP— Europe's largest nuclear power plant in terms of installed capacity, it has six power units of the VVER-1000 type. The station is located in Energodar. On February 28, four days after the start of the military operation in Ukraine, the Russian Ministry of Defense announced that the territory of the Zaporizhzhya nuclear power plant had been taken under control. Since the beginning of hostilities, the conflicting parties have repeatedly accused each other of strikes on the territory of the station and damage to its infrastructure; in August, such cases became more frequent. In connection with the shelling, Russia demanded to convene a meeting of the UN Security Council.

On August 10, the foreign ministers of the G7 countries called on Russia to return control over nuclear facilities in Ukraine to Kyiv, saying that the actions of the Russian side “significantly increase the risk of a nuclear accident.” and the presence of the Russian military at the Zaporizhzhya NPP allegedly impedes the ability of the IAEA to carry out security and monitoring measures. The Russian side claims that the shelling is carried out by the Ukrainian military; the Russian Ministry of Defense warned that strikes on the territory of the nuclear power plant could provoke a man-made disaster.

The United States and the UN called for the creation of a demilitarized zone around the nuclear power plant. At the same time, the secretary general of the organization, António Guterres, believes that it is not worth bringing peacekeepers into the territory, since the parties to the conflict themselves are able to provide a safe perimeter around it.