Russian Foreign Ministry spokeswoman Maria Zakharova said that the Lithuanian authorities should be aware that Moscow regards their actions to restrict transit to the Kaliningrad region as hostile. At the same time, she hinted that the Russian authorities in these conditions would “not have time to talk.” 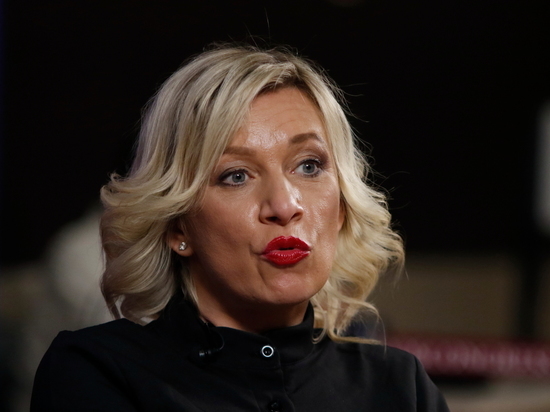 “It seems to me that they should understand the main thing: when the Russian Federation utters a word in relation to the other side, characterizing its behavior as openly hostile, then there is no time for talking, not for finding formulas that could take the situation aside and pretend that the problem does not exist,” Zakharova said on the air of Solovyov Live

Earlier it became known that the Lithuanian Railways notified the authorities of the Kaliningrad region about the termination of transit through the territory of the republic of a significant group of goods that fell under anti-Russian sanctions of the European Union.

According to the governor of the Kaliningrad region Anton Alikhanov, we are talking about 40 to 50 percent of the nominal enclature of goods, including building materials and metals.

A number of harsh statements were made from Moscow in response to Lithuania's actions. So Russian Senator Andrey Klimov said that if the European Union does not influence Vilnius and does not unblock transit, Moscow, according to him, will have “a free hand”. In this case, he hinted, Lithuania could lose its sovereignty.

In turn, the head of the European Union's foreign service, Josep Borrell, said that Vilnius's actions were not unilateral. He noted that the Lithuanian authorities have introduced restrictions as part of the implementation of sanctions by the EU.