Leaders of the G7, the world's largest economies, led by Joe Biden, meet at the opulent Bavarian castle of Elmau to discuss what they have to do with Russia, Ukraine and the growing crises in their own countries. Experts believe that the conversation at the G7 summit will not be easy. 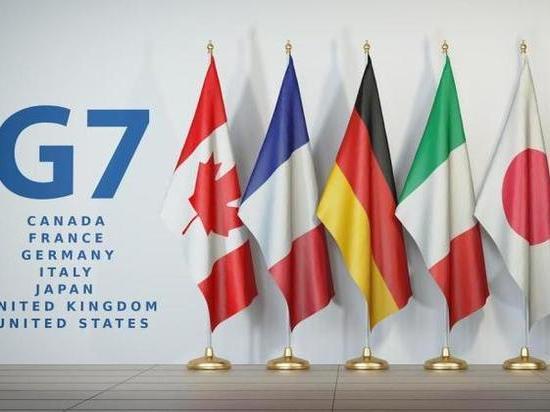 “World leaders are facing crises on all fronts,” is the headline of CNN's coverage of Germany's upcoming G7 summit.

“What a difference a year,” CNN states. – Enormous challenges, some of which could hardly have been imagined when the G7 leaders last met 12 months ago, are besetting the world's most prosperous democracies as they prepare to meet in Germany.

Optimism was in the air at the Cornish beach resort of Carbis Bay in 2021 as the G7 presidents, prime ministers and chancellor met face to face for the first time since the start of the Covid-19 pandemic. Together, they promised to “defeat Covid-19 and rebuild better”, “revive the economy”, “protect our planet” and “strengthen partnerships”.

But since then, global events have surpassed all their efforts, and far it is not clear if they will be able to achieve these goals this year.”

It's not just the conflict in Ukraine, CNN notes: “Other storm clouds are gathering.”

Even the seclusion of the opulent Bavarian castle of Elmau will keep the leaders of Japan, Canada, the US, the UK, France, Italy, the European Union and host Germany from shutting off the problems that are gathering on the horizon: ominous hints of nuclear Armageddon, China's increasing assertiveness, a looming global food crisis. crisis, rising oil prices, approaching global economic downturn and cost of living crisis. Plus, a global supply crisis that began during the pandemic.

On top of all this, the host of last year's summit, the UK, is threatening to violate international laws in connection with the Brexit deal with the EU, not to mention the controversial plan deportation to Rwanda of British asylum seekers.

While the G7 leaders can look back with some satisfaction at their unity in the face of Russia's military operation in Ukraine — as evidenced by the “strengthening partnership” goal set at Carbis Bay — the scale of the looming crises overshadows even that, CNN admits.

As the American channel notes, “Putin is not entirely to blame for the coming storm,” but Russia's actions in Ukraine are inextricably linked to many brewing crises. The global food crisis is an example, according to CNN. It can be partly explained by supply chain problems around the world after the pandemic, but the situation with Ukrainian wheat stuck in the Black Sea ports, which cannot reach international markets, also plays a major role.

The rise in oil prices is more one by-product of the Ukrainian crisis, albeit complicated by the fact that oil production has not matched post-pandemic consumption growth. To remedy this, the G7 will need to persuade Russia's OPEC+ partners, including Saudi Arabia, to turn their backs on Moscow and increase oil production, CNN believes.

US President Joe Biden's trip to Jeddah, Saudi Arabia, scheduled for mid-July, and UK Prime Minister Boris Johnson's trip to Riyadh back in March hint that the G7 may be making some progress on the issue, but so far there are no guarantees. Saudi Arabia, like Russia, is benefiting enormously from high oil prices.

Last year's G7 meeting, recalls CNN, was devoted to ecological recovery after the pandemic, but attempts by Western countries this year to abandon Russian oil and gas have given impetus to the biggest factor in the crisis – coal.

Germany hosting this year's summit ” Seven, is now in crisis mode as Russia cuts gas supplies to the country. Now Berlin says it will launch more coal-fired power plants. This is a reversal from last November, when Germany pushed back its coal phase-out deadline to 2030, eight years earlier than planned.

Boris Johnson, who said last year that the world had reached a point of no return in phasing out coal, only this week suggested that the UK should start mining fossil fuels for steel again. The country will also delay a plan to shut down existing coal-fired power plants before winter.

And Biden, to deal with the oil crisis, is proposing a fuel tax holiday as gas station prices rise.

Inflation is rising in the G7 and beyond, central banks are raising lending rates, and a slowdown in the global economy seems much more likely this year than last. The world's richest man, Elon Musk, predicts that a US recession is “inevitable.”

Problems are piling on top of each other, somewhat reminiscent of the 2008 global economic downturn. Back then, central banks rallied to stop the economic rot, but the geopolitical fallout lingered for years—the Arab Spring being one of them.

It's not out of the question that another global economic crisis could trigger an even wider wave of unrest, CNN predicts . In recent months, Sri Lanka's economic turmoil has spilled into the streets with protests. Rising prices have also sparked popular unrest in Pakistan and Peru.

The West is also concerned about Russia's cooperation with China. Despite warnings from the G7 and other members of the Western coalition, Xi Jinping redoubled his commitment to deepening relations with Moscow and became more assertive about Taiwan's future.