6th generation aircraft will lead squadrons of drones into battle

Military aviation industry is on the verge of a revolutionary leap. The 5th generation aircraft are being replaced by 6th generation combat aviation systems, which will be fundamentally different from their predecessors. So says a military observer, an expert of the Russian Council on International Affairs Alexander Ermakov, the author of the Valdai note “There is a place for old people. Why don't Cold War fighter jets retire to share the sky with robots. 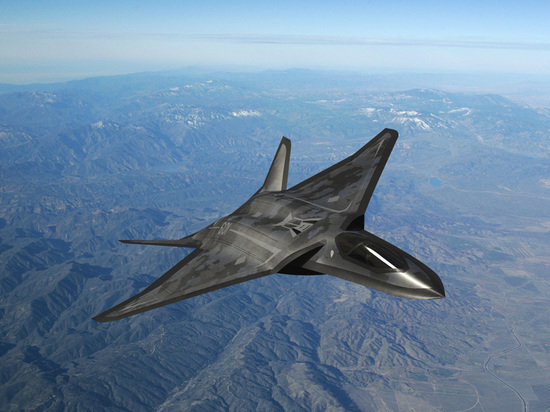 But what will be characteristic of the 6th generation combat aircraft, which are already being developed in the USA (NGAD), Europe (FCAS) and Japan (F-X)? Alexander Ermakov believes that their main difference will be in qualitatively new opportunities.

“The planes will be equipped with even more powerful radar systems,” he notes. “Several antenna arrays providing all-round visibility in various ranges will probably become the standard.”

Powerful emitters, according to him, “will not only interfere with, but also damage enemy electronics with directional microwave radiation.”

“Laser weapons will definitely be installed, at least as a means of self-defense against missiles, but possibly also as a means of combat at short distances,” the expert predicts.

At the same time, in his opinion, it is necessary to decide to radically increase the power-to-weight ratio of aircraft. “New generation fighters will inevitably consume much more electricity for the needs of their onboard equipment, which will require the installation of more powerful engines,” the specialist noted.

But the main difference of the 6th generation will be an increase in onboard “intelligence” and the creation of an “electronic co-pilot”. Electronics “will take on functions beyond the power of a person, especially those engaged in monitoring and assessing the combat situation and developing tactical decisions.”

“Such areas as electronic and cyber warfare, the use of laser defensive weapons will require inhuman reaction speed,” the expert concludes.

The new fighters will operate in the same combat formations as advanced drones. Including those built on the same platform as the manned aircraft. That is, squadrons of aircraft will go into battle, where only one aircraft will be manned, and the rest of the flock will be unmanned.

Manned vehicles are being prepared for the role of flight commanders or even larger aviation units, consisting of both large-sized drones, repeating the combat capabilities of a fighter, and smaller, possibly air-launched drones with a narrower specialization – sensor carriers, jammers, communication centers and missile platforms.

In a word, 6th generation air combat is becoming more and more like a picture of fantastic blockbusters like Star Wars.

The command vehicle may not use active detection tools and weapons at all. It will receive information via hard-to-intercept and noise-immune (for example, laser) communication and issue commands.

Naturally, in the air combat of the future, such a command vehicle will be a tasty target. According to the expert – “the task of destroying the commander will resemble the goal of checkmate in chess.” “With the difference, however, that no one promises that the electronic retinue of the air king will surrender,” the expert concludes.

What about the timing? The Americans expect that all this will be implemented before the 2050s.

The expert believes that the 6th generation of combat aviation is the most important challenge for Russia. “After all, those who stay on the podium will benefit for their efforts through military-technical cooperation, develop their specialized engineering and related scientific fields and gain really solid guarantees of their national security,” the expert notes.

He called the heavy Russian drone Okhotnik and the concept of the Su-75 aircraft “steps in the right direction.”

When discussing the ideas expressed by the expert at the Valdai Club site, Alexei Bulatov, deputy head of the Su-75 project, noted that the number of requirements to aircraft all the time grew. “Now a combat aircraft is a flying computer with amazing functions,” he said. – The development of aircraft is the steps of the experience of their creators. The team should never stop working.”