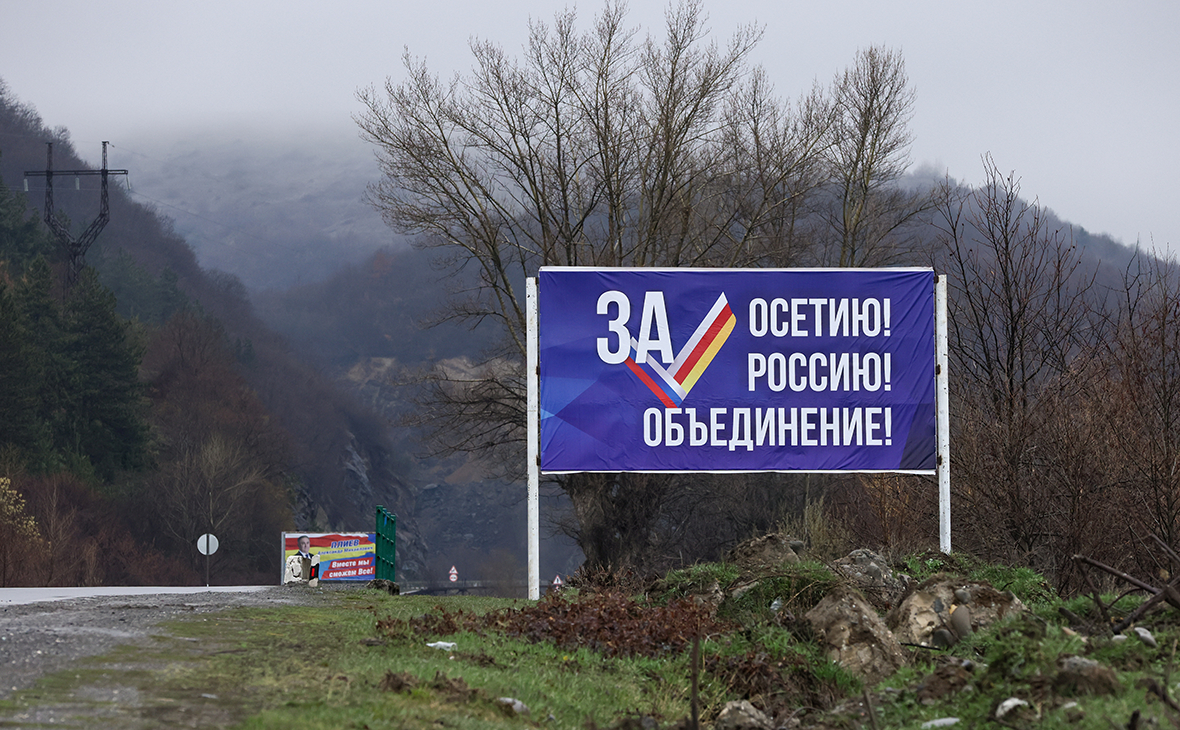 The decision to hold a referendum in South Ossetia on joining Russia, which was taken by ex-president Anatoly Bibilov, was not agreed with the Russian authorities, said Alan Dzhioev, head of the presidential administration, Sputnik South Ossetia reports. He summed up the results of the consultations on the question of the referendum, which took place in mid-June in Moscow.

“Based on the results of the consultations, it was established that the referendum announced by the decree of the President of South Ossetia Bibilov dated May 13, 2022, was scheduled without preliminary study and coordination of this issue with the Russian side, which contradicts the obligations of the parties under the agreement between the Russian Federation and the Republic of South Ossetia on allied integration.” ,— Dzhioev said.

RBC sent a request to the Information and Press Department of the Russian Foreign Ministry.

Speaking at the same conference, President Alan Gagloev said that the leadership of South Ossetia has no right to take a superficial approach to the issue of holding a referendum. “We are all for South Ossetia to become part of Russia as soon as possible. But we want all the necessary procedures to be followed, & mdash; he explained.

According to the president, the task of the delegation during the consultations in Russia was to clarify the issue of the referendum. “I wanted to look into this issue, because there was information that it was not agreed upon with our Russian colleagues either. There was not a single supporting document, & mdash; specified Gagloev.

Read on RBC Pro Pro The price of “draining” personal data: 4 years in prison and a fine of 1 million rubles : another reason Studies Pro Be realistic: what techniques will help you cope with anxiety at work Articles Pro What is the risk of business in Russia with the parallel import of IT equipment from an intrusive employer Instructions

The decree in question was signed by the previous president Anatoly Bibilov on 13 May. The referendum is due on July 17th. He explained his decision by “the historical desire of the people of the Republic of South Ossetia for reunification with Russia.” and stressed that it complies with paragraph 16 of Art. 50 of the Constitution of the Republic. Gagloev officially took office as president on May 24.

On the same day, the Kremlin announced that it was necessary to finalize the initiative to organize a referendum legally and “think about the wording.”

After that, the authorities of South Ossetia announced the suspension of Bibilov's decree on holding a referendum. This was done taking into account the uncertainty of the “legal consequences of the issue submitted to the referendum” and the inadmissibility of “a unilateral decision of a referendum on issues affecting the legitimate rights and interests of the Russian Federation,” they explained.

Representative of the Russian Foreign Ministry Maria Zakharova called this a sensible step.