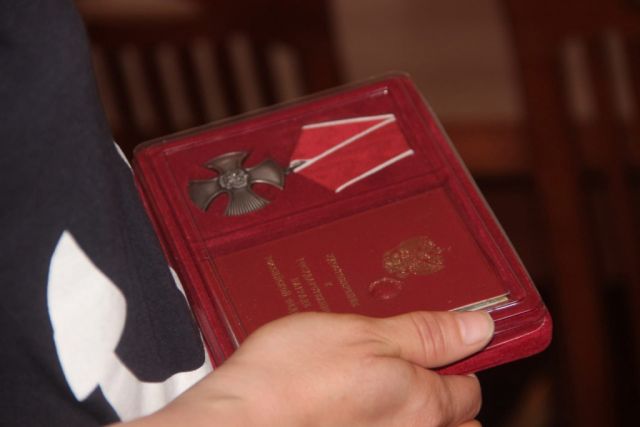 Servicemen of the RF Armed Forces received state awards from the hands of Colonel General Mikhail Teplinsky, the press service of the Russian Ministry of Defense reports.

«Hero of Russia Colonel General Mikhail Teplinsky presented orders Courage, medals of the Order  "For services to the Fatherland" I degrees with the image of swords, and  "For courage","Suvorov"and "Zhukov" personnel of the Airborne Forces units, – reports the Defense Ministry.

It is noted that deputy commander of a platoon of weapons of the repair company Arsen successfully evacuated people from the pontoon shelled by the Ukrainian army. The serviceman loaded 15 people into the combat vehicle and sent it to a safe place. Arsen himself remained on the pontoon with another soldier who was wounded.

“I dragged him to the island, and my car had just returned back. I loaded it onto the ARV, and I was already evacuated with the wounded, – said  deputy platoon commander.

It is also reported that the senior technician unmanned aircraft airborne connection of the Airborne Forces Evgeny was awarded for rescuing an reconnaissance drone "Orlan-10", which came under artillery fire of the Ukrainian army. The drone collected intelligence that helped destroy enemy artillery.