Our special correspondent visited a firing position in the LPR

In the course of a special military operation, Russian artillerymen stepped up fire suppression of groups of the Armed Forces of Ukraine (AFU) in the Donbass. The MK correspondent visited the position of one of the artillery crews and talked with one of the servicemen. 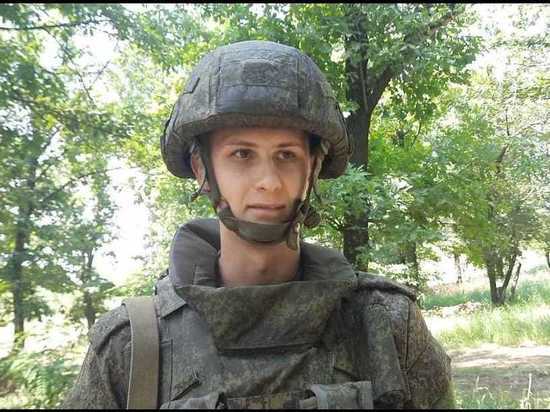 A young boy with a long neck immediately attracted attention. The commander of the combat vehicle Alexander Oleinik said that he was from the city of Krasny Luch of the Luhansk People's Republic. In 2014, when Ukrainian punishers began shelling the civilian population of Donbass, Alexander's family decided to move to Russia.

– I was only 13 at the time, – says the gunner. – For safety reasons, my parents decided to leave our hometown for the Russian Federation. Settled down, after a while received citizenship. I finished school, then a technical school, and after that I signed a contract to serve in the Russian Armed Forces.

– Initially, none of us knew where we were going, – military is recognized. – So it was a pleasant surprise for me.

– No, I did not accomplish any feat, – even Alexander was embarrassed. – During the time spent here, our division has become more cohesive and professional. And it's very nice.

Actually, the artilleryman is modest in vain. Any infantryman on the front line can tell how important the fire of his artillery is to him, which hits the enemy positions. Thanks to this support our losses are reduced, and the losses of the enemy – increase.

The artilleryman does not speak disparagingly about the enemy: the Ukrainian military have shown that they know how to fight.

– But we're still better, – smiling young man. – And victory will be ours, because the truth is on our side.

– The Ukrainian military is actively using drones. We have repeatedly noticed circling “birds”: as soon as such guests fly in, we urgently need to change firing positions. Here, any delay can be costly…

Speaking of tricks – although this is more meanness, of course, – then the enemy places his positions and equipment in residential areas. Accordingly, this complicates our work, since the lives of civilians are a priority, and we cannot put them at risk.

– When we fired the first salvo from our car, I really said: “For grandfather!” In 2014, when we were still living in Krasny Luch, a tragedy occurred in our family: the Ukrainian military shot my grandfather because he refused support the Ukrainian government and sided with the residents of Donbass. Therefore, I accompanied the first shot with these words.

– It makes me want to go into battle when I see the eyes of the children of Donbass. Many of them have a very adult look, and this should not be. All children should have a happy childhood – without shelling, without bomb shelters, without fear… Therefore, the idea that we came here to liberate people from Nazism, return them a quiet life, and their children – a normal childhood gives me even more confidence that we are doing the right thing.