Anušauskas said they were “sucked out of thin air” 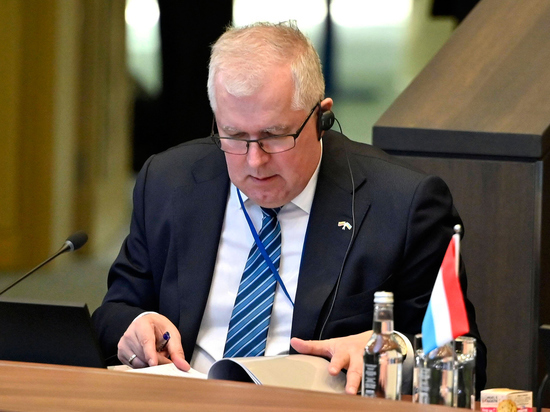 “All hints that Russia might take some” other measures “, that it might block the Lithuanian port in some special non-contact way, are sucked out of thin air”, – wrote the minister in social networks.

Anushauskas also added that Russia, according to him, did not have and does not have any means, except for its own transit, to redirect to its ports.

Earlier it became known that the Lithuanian Railways notified the authorities of the Kaliningrad region about the termination transit through the territory of the republic of a significant group of goods that fell under the anti-Russian sanctions of the European Union.

According to the authorities of the most western region of Russia, it is from 40 to 50 percent of the range of goods.

In response, the governor of the Kaliningrad region, Anton Alikhanov, said that Russia could introduce retaliatory measures against Lithuania. He noted that the ports and transport system of the Baltic republics cannot exist “in isolation”; from Russian territory.

“Let's open the map and see where they carry the goods that are delivered to them in ports. If we exclude transit through the territory of the Russian Federation, then their competitiveness is not only greatly reduced, but simply reset to zero, – Alikhanov said.

Meanwhile, a number of harsh statements have already been made from Moscow against Lithuania. Thus, the Federation Council hinted that if the European Union does not force Lithuania to lift all restrictions, then Russia will have a “free hand”, which could lead to the republic losing sovereignty.

In turn, the representative of the Russian Foreign Ministry, Maria Zakharova, today said that Moscow regards the actions of Vilnius to restrict transit to the Kaliningrad region as hostile. At the same time, she hinted that the Russian authorities under these conditions would “not talk”.