Weekly “Arguments and Facts” No. 03. Either a bus, or a vision. When will the modernization of public transport reach cities and villages? 01/19/2022 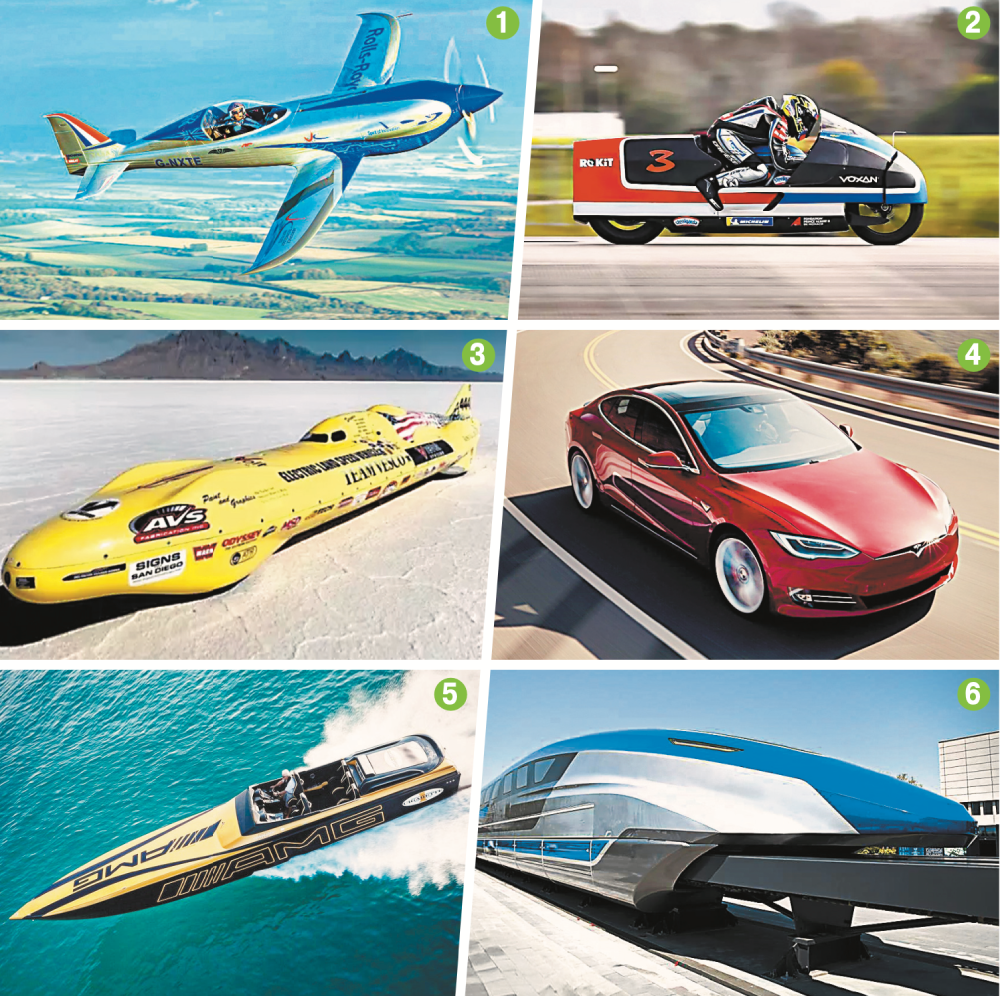 The Spirit of Innovation electric plane accelerated to 623 km/h ➊. Among traditional aircraft of this type (with one propeller), the record – 855 km/h in 2017 – belongs to the piston American P-51 Mustang. The fastest propeller plane – Russian bomber Tu-95. Its top speed is 920 km/h.

In November last year, Voxan Wattman – 455 km/h ➋. But he is far from motorcycles with a gasoline engine. So, in 2010, the American racer Rocky Robinson managed to accelerate to 605 km/h on a motorcycle with a 3-liter gasoline engine.

The speed record among racing electric vehicles belongs to Little Giant ➌. Two Tesla electric motors helped to reach 574 km/h. This is more than diesel-powered cars. So, in 2006, the JCB Dieselmax car showed a maximum speed of 563 km/h.

The fastest serial electric car – Tesla Model S ➍. Its maximum – 320 km/h But for passenger cars, it is not the maximum speed that matters (due to road restrictions), but the acceleration time from 0 to 100 km/h. At Tesla this is the time – only 1.99 s. The fastest serial gasoline Bugatti Veyron – 2.6 sec.

The fastest surface electric transport – boat Cigarette AMG ➎. His speed – 160 km/h But he is far from the water speed record – 511 km/h, demonstrated in 1978 by the boat Spirit of Australia.

But electric rail transport has gone far ahead. For example, in China, a magnetic levitation train can reach speeds of up to 620 km/h ➏. The maximum speed of the fastest Soviet diesel locomotive TEP80 – only 271 km/h.