Presidential Aide Yuri Ushakov told reporters about the talks between Putin and Biden, which took place on Tuesday evening in a virtual format. According to him, the dialogue had a businesslike and frank character. “But there was a place for jokes and for the exchange of compliments,” Ushakov said, adding that both Putin and Biden were joking, and quite successfully. 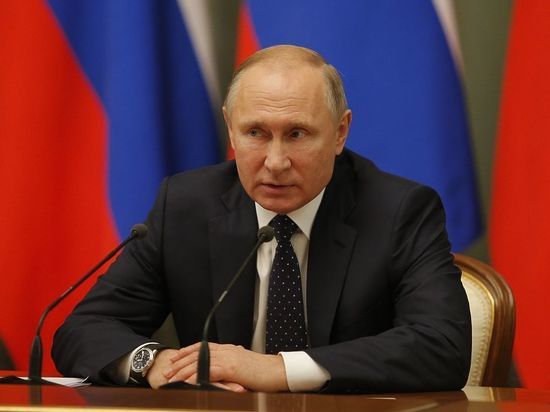 The assistant to the head of state did not give specific examples, but explained that through jokes the leaders tried to formulate long phrases more succinctly and concisely.

Putin also noted that one of Biden's advisers had “the same simple pen” as his and laughed at this.

Ushakov noted that “a normal conversation between two serious leaders took place between Putin and Biden. “, During which” sensitive and not only issues were raised. ” The video conferencing format has proven to be quite useful. At the same time, according to Ushakov, both presidents understand that

“a personal meeting is the most productive type of diplomatic work.”

Ushakov said the talks began with the two leaders expressing satisfaction with the outcome of the Geneva meeting. The presidents walked through the parameters that are being implemented in accordance with the agreements reached in the Swiss capital. We mentioned the strategic dialogue, the dialogue on cybersecurity issues. Both directions, as stated by the leaders, are developing satisfactorily.

Ushakov said that further Biden “began on his own initiative to recall the victims in the Second World War, which Russia and the United States suffered, recalled Pearl Harbr, and spoke very“ emotionally ”and emotionally about the loss of loved ones. Our president also said that he had lost relatives in this war. The leaders recalled that Russia and the United States were allies in World War II and said that this should be talked about more often.

“It was a preamble, then they touched upon those that were included in the agenda in advance.”

Ukraine, according to Ushakov, took a long time: Putin informed in detail how Kiev is not fulfilling the Minsk agreements. “It was said directly that Ukraine was sabotaging the agreements, dragging out the negotiation process in the contact group, and striving to exclude the DPR and LPR from the negotiations,” he said. Putin also told Biden about the bill, the adoption of which by the Verkhovna Rada would mean a complete withdrawal of Kiev from the Minsk agreements, as well as forced Ukrainization, lustration for the LPR and DPR.

In addition, the Russian President informed his American counterpart about the intensification of the offensive of the Ukrainian authorities on the Russian language, the growth of aggressive anti-Russian sentiments in Kiev, which are supported by the West. He said that Russia is worried about the buildup of NATO forces near our borders and the exercises of the alliance in the Black Sea. “We need guarantees of our security,” Ushakov conveyed the words of Putin.

According to him, one of Biden's key theses was that Washington and other NATO capitals are concerned about the movements of Russian troops near the borders of Ukraine. The US President told Putin that Washington and its allies are preparing massive political, economic and financial sanctions that will be used if the situation around Ukraine continues to escalate.

To this Putin replied: “You Americans are worried about our battalions on Russian territory, thousands of kilometers from the United States, but we are really worried about our security on a global scale.” Biden, according to Ushakov, promised

to discuss Russian concerns with his allies

After Putin spoke about the red lines, which are known to everyone (excluding any NATO advance to the east and the deployment of offensive weapons on the territory of Ukraine and other neighboring states), according to Ushakov, an agreement was reached to instruct “their teams to promptly make contact on these sensitive issues. ”

After Ukraine, the problems of Iran were touched upon, as well as the problems of the functioning of diplomatic missions. Biden said that the American ambassador in Moscow complains that there are not enough people, there are no diplomats, there is also no technical means to protect the embassy and himself. In response to these complaints, Putin indicated that this was a consequence of the actions of the Americans themselves, which they began to undertake for another 5 years against Russian diplomats. In particular, mass expulsions and seizure of Diplomatic property. Putin, according to Ushakov, said that the Russian population retains the belief that Americans have respect for private property above all else. But it turns out that this is not the case.

Putin proposed to Biden to nullify all restrictions on the work of diplomatic missions and return Russian property. “This could serve to normalize our cooperation,” Ushakov said, noting that Biden nodded with understanding. The US President, he said, hinted that as a first step, the American side will provide our diplomats with access to the confiscated diplomatic property, so that “they can see what state it is in.” “The impression is that Biden has an understanding that something needs to be done about this,” the presidential aide said.

Ushakov noted that such topics as the pandemic, climate issues and energy, including the Nord Stream-2 theme, were not touched upon in the negotiations.