The death of a tribesman in northwest Saudi Arabia has raised alarms about the government's plans to forcibly remove locals from their land in order to build a $500 billion futuristic city called NEOM.

Abdul Rahim al-Hwaiti loved his home — so much so that he refused to move. It may have cost him his life.

He lived on a remote stretch of land near the Red Sea in northwest Saudi Arabia. That’s where Crown Prince Mohammad Bin Salman wants to build his much-celebrated megacity called NEOM.

“NEOM is a bold and audacious dream. It’s a vision of what a New Future might look like (in fact, NEOM means, “new future”),” its website boasts.

Saudi Arabia announced plans for the megacity back in 2017. It described the city as a dreamy, cosmopolitan place that visionaries may want to invest in — and live. Media reports describe it as a futuristic city where there are more robots than humans. Residents would move about in drone taxis. There would be a seaside luxury resort with a state-of-the-art entertainment complex.

But this region is home to the Huwaitat tribe. According to Nabeel Nowairah, an independent Gulf states analyst, the Huwaitat has about 40,000 members. Its membership expands beyond those borders, he said. Some members live in Jordan and in Egypt’s Sinai Peninsula. They have occupied these areas for hundreds of years and claim to be descendants of Prophet Muhammad, Nowairah said.

Now, they are being forced to evacuate.

‘Attached to this land’

In the past few months, Abdul Rahim al-Hwaiti had posted a series of videos online. In them, he complained about what he called the “forced displacement” of his tribe from the Red Sea region. He said government officials showed up at his doorstep and offered him money in exchange for his land. He refused. But he said he wasn’t going anywhere.

“He crossed the red lines,” Nowairah explained, adding that Abdullrahem al-Hwaiti expected strong backlash. “In one video, he said ‘it’s not unlikely that the Saudi government will come to my house and kill me, and then they [will] put weapons in my house and they [will] say I am a terrorist.’”

In a video believed to be his last, Abdul Rahim al-Hwaiti recorded from the roof of his house. In it, he looks upset.

“The method adopted by the state can be called state terrorism,” he said. “They arrest anyone who is against deportation. I don’t want to leave. I want my home. I don’t want money.”

There are two accounts of what happened next. Saudi activists and Abdul Rahim al-Hwaiti’s relatives allege that security forces raided his home, then opened fire — and killed him.

Related: What do attacks on Saudi oil facilities mean for US-Saudi relations?

The Saudi government claims Abdul Rahim al-Hwaiti was killed in a shootout and that security forces had found “a huge cache of arms from his hideout.” 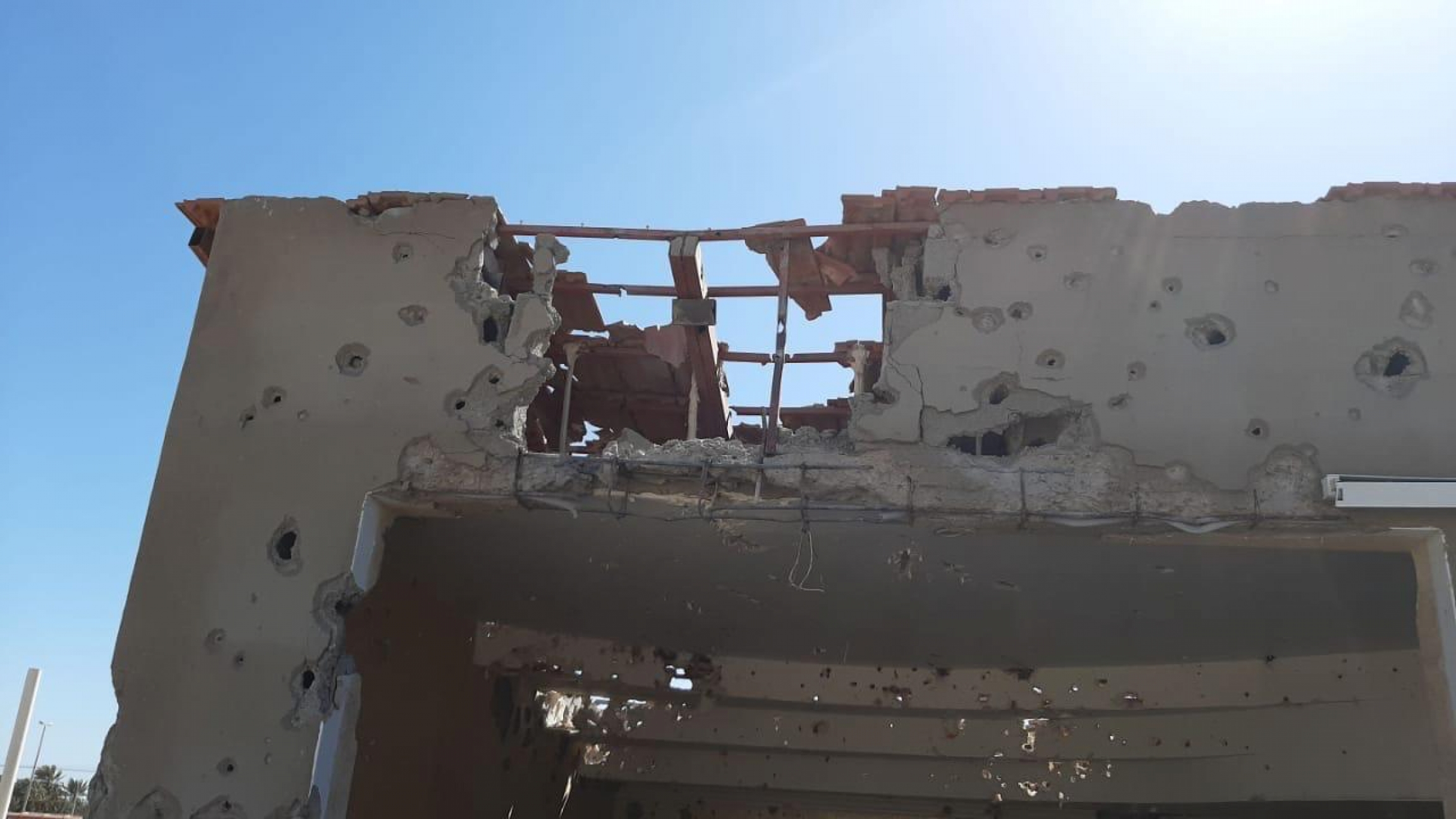 Either way, this young man is dead.

‘Not about the money’

A few days later, officials returned Abdul Rahim al-Hwaiti’s body to his family. But they warned them not to hold a funeral.

Yet defying these orders, dozens of men showed up in their traditional white robes. They carried Abdul Rahim al-Hwaiti’s body on their shoulders and cried, “Allahu Akbar.” God is great.

“They were shouting ‘Allahu Akbar’ because they were upset. We say that when we protest on the streets. So, they said that when they got his body. That just shows you how much they were angry.”

“They were shouting ‘Allahu Akbar’ because they were upset,” said Alya Abutayah al-Hwaiti, who belongs to the same tribe. “We say that when we protest on the streets. So, they said that when they got his body. That just shows you how much they were angry.”

Alya Abutayah al-Hwaiti left Saudi Arabia in 2015. She now lives in London and said that members of the tribe sent her photos of Abdul Rahim al-Hwaiti’s bullet-ridden home. She posted them on Twitter and called for the Saudi security services to be held accountable.

Related: Are the Saudis using big sporting events to ‘sportswash’ their image?

But then she became a target.

Alya Abutayah al-Hwaiti contacted the police, who are now helping her. She has moved several times since the harassment began. Still, she is scared to go outside.

She reiterated what Abdul Rahim al-Hwaiti had said in his videos — that for her tribe, it’s not about the money.

“It’s an emotional thing more than anything else. They establish their lives there. They [have] their animals there, and everything.”

“It’s an emotional thing more than anything else,” she said. “They establish their lives there. They [have] their animals there, and everything.”

Nabeel Nowairah, the Gulf states analyst, thinks there is one more reason why this tribe doesn’t want NEOM on its land.

NEOM, he said, is going to open the door to Westerners.

“Having alcohol or women wearing maybe revealing clothes is not within the Saudi culture, the Saudi tradition,” he said.

Nowairah added that the crown prince envisions NEOM becoming something like Dubai. But he has excluded and alienated the people who live on these lands.

The death of Abdul Rahim al-Hwaiti, Nowairah said, sent a strong message to the tribe: “You have no option but to leave, accepting whatever we give you.”

This is not the first time that the Saudi government has forced people out of their homes for new construction projects, said Adam Coogle, deputy director for the Middle East and North Africa division of Human Rights Watch. He pointed to the demolition of houses in the Shia town of Awamiya in 2017, where “the old quarter was destroyed to make room for new development. And in 2008-2009, following one of the Houthi wars, the Saudis evicted a bunch of residents in the border area.”

Now, Coogle is worried that similar clashes might take place in the region near the Red Sea.

“I think there’s every reason to be concerned about this because they just don’t have a good track record, and there’s also concern about it bubbling over into more violence.”

“I think there’s every reason to be concerned about this because they just don’t have a good track record, and there’s also concern about it bubbling over into more violence,” Coogle said.

Meanwhile, Alya Abutayah al-Hwaiti, the woman from the tribe, said she is not going to give up fighting. She has started a campaign to shame those who are investing in NEOM.

The way she sees it, this glitzy megacity is “being built on the blood and bones of the people who live there.”