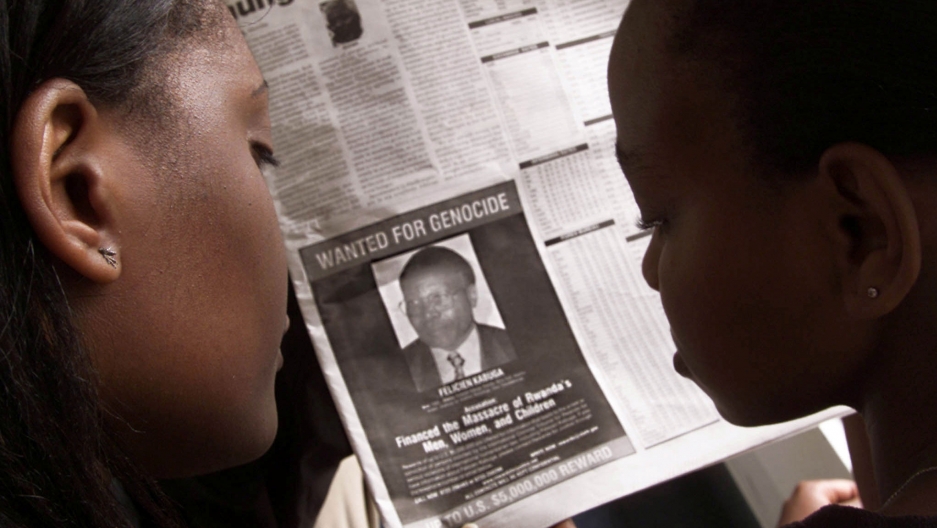 Readers look at a newspaper June 12, 2002 in Nairobi carrying the photograph of Rwandan Felicien Kabuga wanted by the United States. The United States published a “wanted” photograph in Kenyan newspapers of the businessman accused of helping finance the 1994 killings in Rwanda.