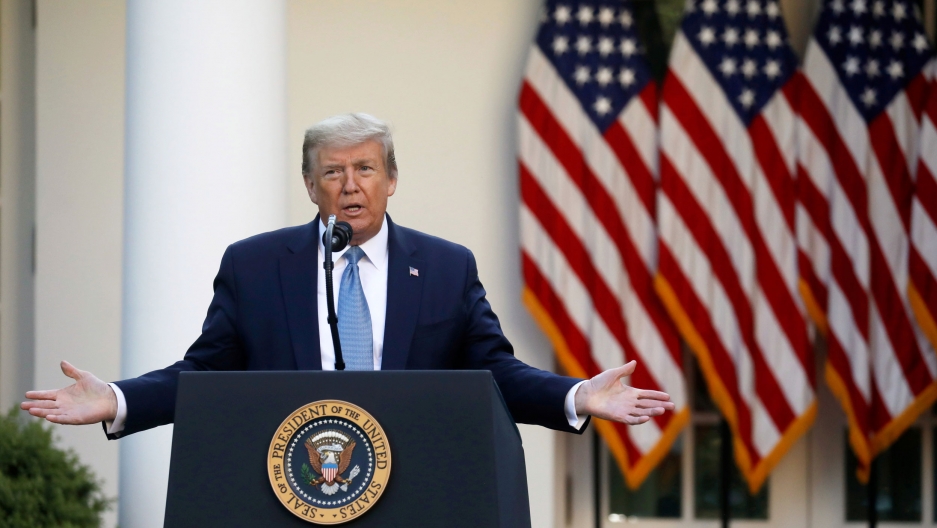 Despite concerns from health experts, governors and business leaders about a resurgence in cases without more testing and protocols in place, US President Donald Trump is expected to announce new guidelines to reopen the economy after a monthlong shutdown over the coronavirus outbreak.

Trump announced his decision to push states to lift stay-at-home and other restrictions that were imposed last month to halt the spread of the highly contagious coronavirus as the number of deaths in the United States approached 31,000 on Wednesday — more than any other nation.

States’ orders have also crushed the nation’s economy to levels not seen since the Great Depression nearly a century ago as a record more than 20 million Americans have sought unemployment benefits amid shuttered stores and restaurants, including another 5.2 million who filed for aid in the past week, pushing the US unemployment rate to 8.2%.

Thursday’s unemployment data comes on the heels of retail data one day earlier showing a record drop in sales and the lowest factory output since the end of the Second World War, further pressuring Trump, who had staked his re-election in November on the strength of the US economy.

Discussion: Coronavirus conversations — taking your questions to the experts

On Wednesday, Trump said data suggested new cases have peaked and that industry leaders in a round of calls offered him good insights into how to safely restart the economy. But the head of a major union warned the president not to reopen unless worker safety can be ensured, and chief executives from some of the nation’s biggest companies told Trump more testing was needed to guarantee safety, according to multiple media reports.

Related: Racing to develop a drug to fight COVID-19

More than 635,000 total US cases have been reported across all 50 states. But not all states have been struck equally, as New York and others have been hit particularly hard. Even within states disparities are being seen in more urban and poorer areas.

That divide has inflamed political divisions as political leaders debate how and when to begin unwinding unprecedented lockdowns and prompting protests organized by conservative and pro-Trump groups against some state leaders who opted to keep residents at home.

Earlier this week, Trump said he had the power to override state governors who did not move to restart activity, before later saying he would work with them on their efforts to reopen.