The Netherlands to immigrants: Speak Dutch 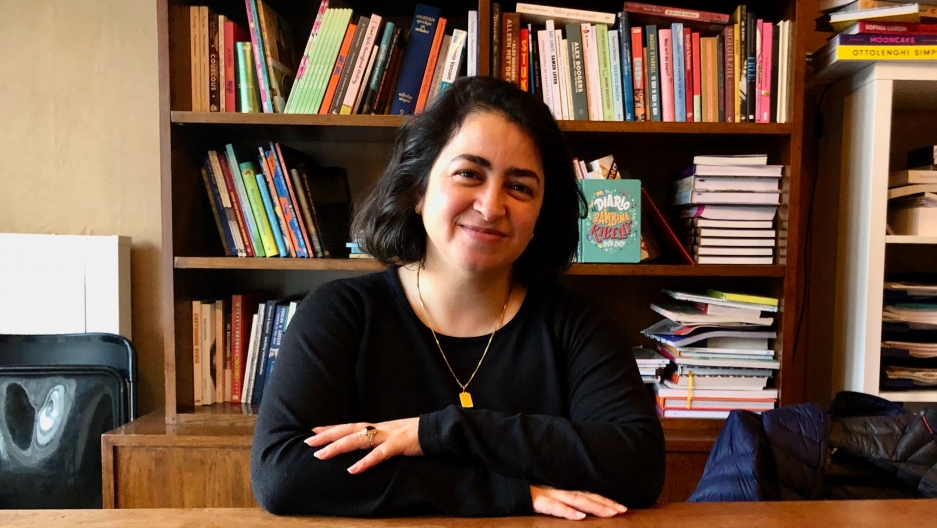 “I remember very vividly the moment that I realized that I had learned Dutch,” Bouazza said. “I was playing with children at kindergarten. All of sudden realized, I speak Dutch.”

Bouazza, now in her 40s, is the youngest of seven siblings. Her family moved to the Netherlands from Morocco in the 1970s after her father left Morocco to seek work in Europe. In 1977, the rest of the family joined him and settled in a Dutch village — the only immigrants to live there.

This Moroccan family might have been called model immigrants, if the Dutch government had a model in mind. As Dutch speakers, the family was different from the vast majority of immigrants who moved to Dutch cities, but remained largely separated from Dutch society.

“Nothing was done to integrate them in the society,” said Ricky van Oers, an immigration law professor at Radboud University in Nijmegen. “The authorities thought too easily of asking someone to come over to work, stay for 20 years and then go back.”

Large-scale migration from Morocco to the Netherlands started in the 1960s under a guest worker program largely geared toward temporary work for men. But many immigrants decided to stay, and in the 1970s, family reunification law allowed guest laborers to bring their families to join them.

When Dutch officials realized that families from Morocco and elsewhere weren’t returning to their homelands, they tried to get them to learn Dutch. When that only partially worked — it was too late for many — attitudes hardened.

Anti-immigrant sentiment increased around Sept. 11, 2001, when a series of anti-immigrant political parties started winning seats in Dutch elections. Today, the leader of that faction is Geert Wilders.

“There is a lot of Moroccan scum in Holland who make the streets unsafe,” Wilders told reporters during the 2017 election campaign in which his party came in second.

“If they don’t pass this exam within three years, they are fined,” Radboud University’s Van Oers said. “The Netherlands can be perceived as sort of a guiding country. It is very proud to have taken up that role. And you see that different European countries have copied the Dutch model.”

Those efforts are also inspiring the Trump administration. In May 2019, the White House proposed an overhaul of US immigration law that would include language proficiency regulations.

“Future immigrants will be required to learn English and to pass a civics exam prior to admission,” President Donald Trump told reporters at the Rose Garden announcement. Currently, there is no indication that Congress would pass such a measure.

In the Netherlands, the Dutch government has recognized that its system is broken: Immigrants don’t learn Dutch, the government doesn’t offer proper support, and there is no end in sight to right-wing politicians calling immigrants “scum.” The country faces another general election in 2021, and many expect immigration to be a major issue. Some moderates in the ruling coalition think that promises to get tougher on immigrants is a zero-sum game.

“[In an election year] it’s easy to say: ‘We’re just going to make life harder for people who come here,’” said Jan Paternotte, a member of parliament with one of the coalition’s centrist parties. “That’s a signal to everyone else: Don’t come to the Netherlands.”

Paternotte is among those trying to change the system so that immigrants feel incentivized rather than forced to learn Dutch — more like the way Bouazza picked up the language in a village school in the 1980s.

“One of the Dutch values used to be something they were very proud of: tolerance,” said Bouazza, referring to tolerance of other cultures, languages and ideas. “And that’s nearly lost.”

Bouazza now writes books in Dutch that call on her fellow citizens to regain that tolerance.

Patrick Cox is with the language-themed podcast Subtitle, which is supported by the National Endowment for the Humanities.